Finally. Phew!.. I was beginning to get worried, and I think most were that the small bright spot in housing was beginning to dim. Mortgage rates were SO low for so long I guess it was inevitable that they would have to come up but a few months ago I don’t think people thought they would skyrocket a half point over night almost. However that’s exactly what happened this summer when the Fed Chairman talked about possibility of the government cooling its purchase of treasuries (a.k.a tapering) thus increasing mortgage rates.

Mortgage lenders in Charleston SC have seen applications for home loans fall slightly in the latest weeks as a drop in demand from home buyers outweighed an increase in demand from those looking to refinance, the Mortgage Bankers Association said this week.

Worry no more, currently rates are back down to a very attractive 4%. As of October 3rd, mortgage interest rates fell to their lowest level since June, but will likely level off.   As of today rates are at 4.08% and have been that way every since the first week in Oct. Fingers crossed. The latest drop in rates came amid declining consumer confidence and because of the of the government shutdown, says Frank Nothaft, Freddie Mac chief economist.

Why is it that the bond market is so vital to mortgage rates you ask? Treasure bonds are mortgage backed securities and the purchase and sale of treasuries directly impact the rise and fall of rates throughout the day.  Since the economic crash the U.S. Government has artificially affecting mortgage rates to keep them low through purchasing billions of dollars of treasury bonds each month with the public’s money. That’s not such a bad thing.. Seems to be a good investment don’t you think? Artificially you ask? Yes; because truthfully (at least in my opinion) investment firms, financial advisers, IRAs, and the like in the markets who buy and sell these should be the only thing effecting this not the government.

Mortgage rates pushed up from historic lows in May and bounced higher to mid-August before leveling off. They’ve been trending downward in recent weeks since the Federal Reserve said last month it will not begin tapering its monthly purchases of mortgage-backed securities and Treasuries, which has kept interest rates low. 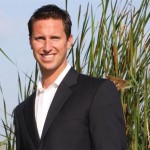